Rose and her 'camp sisters' 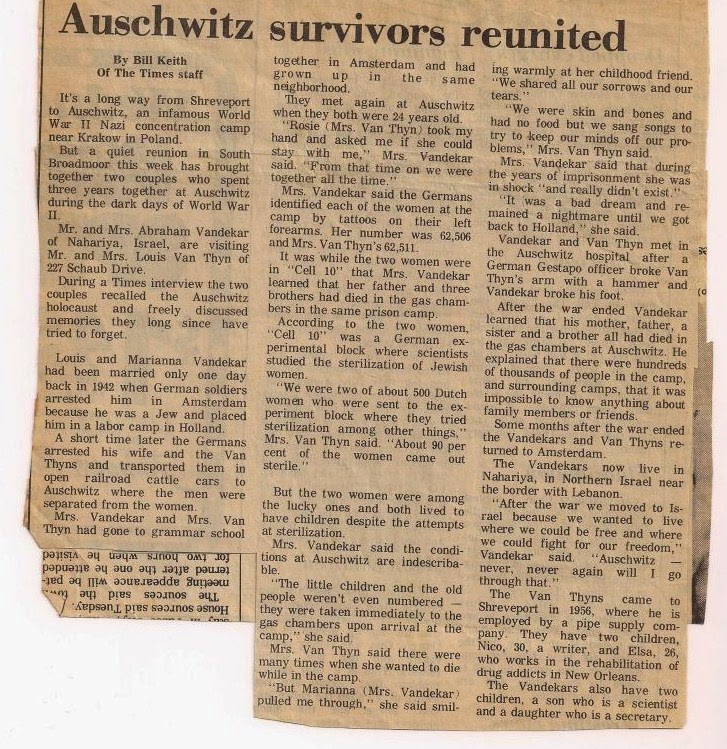 Nico Van Thyn
Born in Amsterdam, The Netherlands, came to the U.S. in 1956 at age 8, grew up in Shreveport, La., graduate of Woodlawn High School and Louisiana Tech University, sports writer/editor/copy editor for 40-plus years.