The end for Mister Louie's place 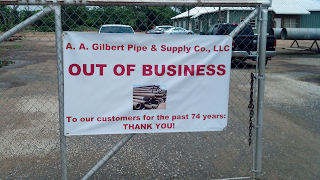 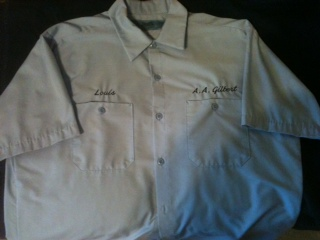 Bill Braunig, who joined the family a few years after Mr. Gilbert's death, said he heard often that "he was a terrific salesman, and he was a kind person. He really cared about people."
I can vouch for that.
---
Dad's last day at work, in April 1984, was very special for us. They had a party for him and among the gifts was a Seiko watch with an inscription on the back: "To Louie, from the Gilbert family." I keep that watch in the drawer by our bed; I'm looking at it now.
That day, one of Mr. Gilbert's daughters remarked, "We thought Louie would be here only six weeks or so. He stayed 28 years."
I also kept my Dad's powder blue A.A. Gilbert work shirt. It now fits me perfectly. Just a few weeks ago on Father's Day (also my birthday this year), I wore that shirt as a tribute to Dad. I intend to do that every Father's Day.
And, now, it also will be a tribute to the company my Dad, and many others, loved so much.